Springtime on the farm

Cannon Hall Farm is incredibly proud to be the official host farm for a major Channel 5 TV show.

Springtime on the Farm – produced by Daisybeck Studios – returned for a season two in April 2019 and great viewing figures mean the farm is keeping everything crossed for a season three. The show charts what life is like for farmers across the UK at their busiest time of year – Spring – and found its home with the Nicholson family after the producers saw the popular live broadcasts that the farm runs on its Facebook page.

Celebrity special guests The Yorkshire Vets, soap star Kelvin Fletcher and Archer’s actor Charles Collingwood all joined in the fun – with presenters Adam Henson and Lindsey Chapman. One of our rare breeds barns was converted into a TV studio for the week.

Robert Nicholson said: “We’ve had an amazing time filming the show and made some lifelong friends. We’d love to be involved in a season three but it will all depend on viewing numbers.”

“We are incredibly proud to be able to represent our home town on such a big stage – and we have enjoyed every second. As for it being our anniversary year, I can’t believe how fast 30 years has gone. I can still remember the first day we opened – and we weren’t sure at all it was going to succeed.”

Charles – Springtime on the Farm

"Come on darlings, Roger will escort you!" We don't think we'd ever laughed as much as we did when the wonderful Charles Collingwood joined us while filming Springtime on the Farm.Watch the video again – oh, the chaos!

Relive the moment that Fern our Highland Cow and Farmer Roger first met at the Oban Cattle Auction.Here's the brilliant clip to watch again from Daisybeck Studios with the lovely The Yorkshire Vet Peter Wright. Tune in for the premiere! 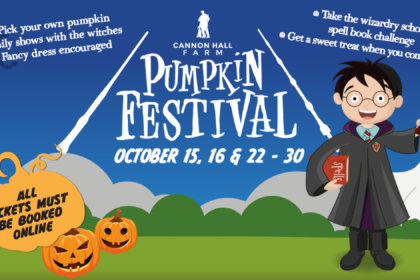